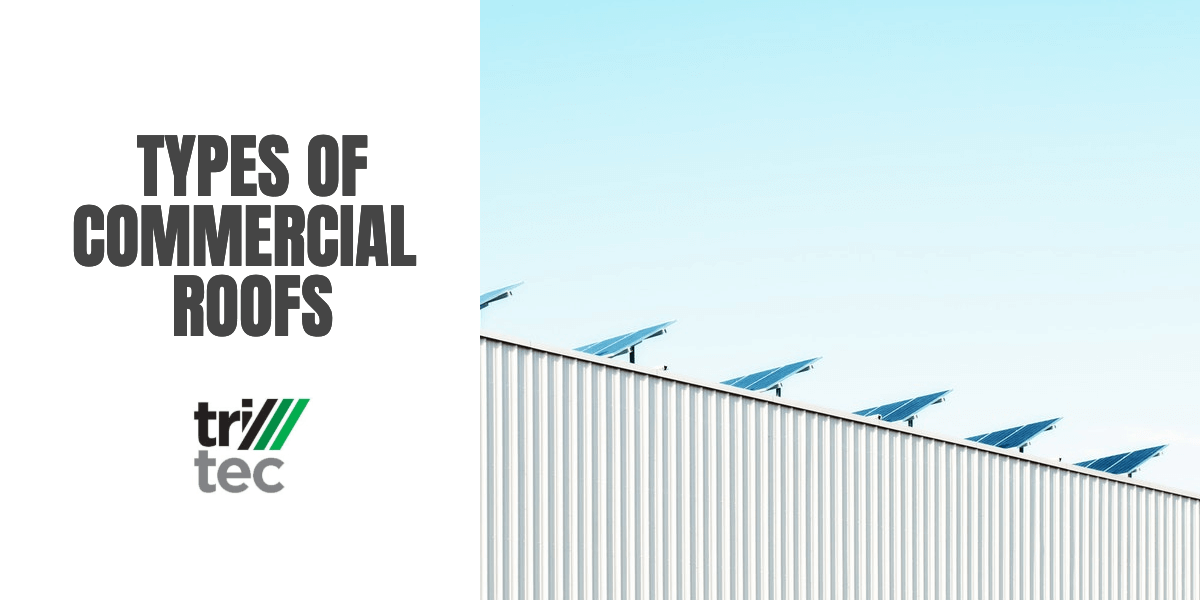 Home is where the heart is. If everything in this world becomes cliché and irrelevant, this statement will remain forever true. While the home truly goes beyond the physical structures that form it, they surely play an indispensable role in its creation. For while the home is a feeling, it is also a place. That place is the structure that forms it – the house.

It would be truly myopic to limit the scope of shelter to houses and homes. Shelter in the least sense cuts across all aspects of our lives. From worship places to offices and workplaces, to bars, to malls and markets, to everything that has a roof above it.

Roof above it. Funny, these three words can take the place of shelter in any given sentence. Are roofs so important? Is there any shelter without a roof? A little restructure on the earlier premise, while this article does focus a great deal on shelter, it is ideally about commercial roofs and their different types.

A roof is the top covering of a building, including all materials and constructions necessary to support it on the walls of the building or on uprights. Basically, any structure that forms the top of a building that is not concrete is a roof. While the walls, windows, and whatnots of a building are very important too, the roof does the ultimate job of shielding and protection from the elements of nature. Come rain; come sunshine; come winter, a good roof has got you covered. Literally. A roof is shelter.

Beyond the overbearing duties the roof is tasked with, a proper roof improves the aesthetics of a building in ways beyond wildest imaginations. As basic as shelter is, different roof types meet this need in varied ways. Some function better and provide better aesthetics than some others. Without further ado, lets discuss on a broad spectrum, the different kinds of commercial roofs there are.

Each of these roof types has names that give them away. Flat roofs are simply flat. They are, however, not as flat as you would probably suppose they are. They do have a very slight pitch. In simple terms, pitch is defined as the level of inclination of a roof. For flat roofs, they have a slight pitch of 10°.

The hallmark of these roofs is their cheapness!

Flat roofs are arguably one of the most common types of commercial roofs around. This is definitely due to the edge they have over their counterparts in high-cost conservation during building and construction. For a roofing system so durable, it is really cheap! They are used for buildings that are not so large. Hence, their cheapness lies in the fact that fewer materials are required to cover fewer square feet.

The installation of flat roofs is easy and takes lesser time than any of the other types of commercial roofs. Because of the lesser complexities and shorter duration in installation, building contractors usually charge lesser for them. They once again boast of cheapness!

Its not all roses and daisies all through, of course. With such a low pitch, you can only imagine how difficult drainage can get. Water can only flow from one point to another in the presence of a slope or gradient. Because flat roofs lack a reasonably evident slope or pitch, accumulation of water is all too common. Water accumulation eventually weakens the roofing material, no matter how good and durable it is. Flat roofs are hence prone to leakages during the rainy and winter seasons. This is a major downside to flat roofs.

The pitch word in Pitched Roofs can only indicate that this category, unlike others, must have a significantly evident pitch or slope. With probably the most aesthetic value, they are the most expensive of the three basic categories.

These roofs have absolutely no problem with drainage being so steep. This is the most advantageous edge they have over other types of commercial roofs. Though low-sloped roofs have relatively better drainage than flat roofs, during winter, the snow causes excess weight on them, ultimately having the same effect as rain on flat roofs. Pitched roofs do not have this problem. With no risk of water accumulation and eventual roof leakage, pitched roofs have the longest lifespan of the three types. This of course also means that there is little to no cost of maintenance. So steep they are that they have a pitch of 26.6°. They are seen in residential homes more than in commercial buildings.

With the good comes the bad. As earlier said, while there is little to no maintenance, when it is eventually done, pitched roofs are the most difficult to fix. Because of their steep slope, pitched roofs prove quite difficult for carpenters to tread upon. There is a high risk of falling off, and hence the charge to fix pitched roofs is usually high.

Having discussed generally the types of commercial roofs there are, lets try to get a bit more specific by discussing some popular commercial roofing systems that fall under any or all these categories.

The exceptional durability of these roofs is their hallmark. They are made of extremely flexible and resistant materials. The name they bear indicates that they have a strong resistance to heat, fire, and ultraviolet rays. Like armours, they are also resistant to punctures, winds, and just about any other thing. They can last for 20 years and more!

EPDM Roofs are even more durable than thermoplastic roofs! As unrealistic as this sounds, it is true. EPDM stands for Ethylene Propylene Diene Methylene. The forces behind its incredible resistance are equally as strange. Whoever would believe that EPDM is merely a form of synthetic rubber though? These roofs are extremely easy to install, maintain and repair than other roof types.

Why have a solar panel on your roof when a solar panel can be your roof? These roofs are simply amazing. They function no different than solar panels as they immensely improve energy conservation, converting light energy to electrical energy. As expected, they are very expensive to install and maintain. Conservation costs are also very expensive.

Green roofs are arguably the most popular of commercial roofs. They are usually flat roofs that are covered either completely or partially with vegetation. They improve beyond imagination, the aesthetics of a building. Absorbing the heat from the sun, they protect the underlying roof and improve its lifespan by two to three years.

PVC stands for Polyvinyl Chloride. These roofs are even better than their EPDM counterparts. It has arguably, the best durability in the market. Its fire retardant properties are simply beyond exceptional. While an EPDM roof can continue to burn and spread fire, PVC roofs are highly characterized by their supposed supernatural abilities to somehow self-extinguish fires and prevent their ravenous spread.

Having discussed in general terms, the basic types of commercial roofs and a few of the major more specific roofing systems and materials, well draw the curtains here. It is beyond obvious that no type of commercial roof is bad. Each, in their myriads, have their positives and negatives. The kind of roofing system you adopt is ultimately premised upon your preferences and the amount you can afford.